Our real passion is blackcurrants: we grow blackcurrant plants in 6 hectares and we have more than 70 hectares of organic blackurrant berries. We are sure that blackcurrants is superfood for humans well-being and health. Here is why:

Organic Blackcurrants have been rumoured to have medical benefits for centuries. Traditional healers used them for conditions such as arthritis, liver disease, kidney stones, gout, inflammation of the mouth, stomach and bowel disorders, lung ailments, fatigue, and as a diuretic. But it’s only in recent decades that scientists have begun to seriously investigate the healing and protective powers of this remarkable berry. Our ancestors were definitely on to something – the health benefits of blackcurrants are now being confirmed by solid scientific evidence.

One of the beneficial effects of eating blackcurrants is their antioxidant activity against conditions such as cardiovascular disease, cancer and the degenerative diseases of ageing. The main antioxidant compounds present in blackcurrants are phenolics (including flavonoids and anthocyanins) and vitamin C.

What scientists know about blackcurrants?

It’s the unusually high anthocyanin content of blackcurrants that sets them apart. Anthocyanin has been shown to reduce the effects of asthmatic lung inflammation, as well as lessening muscle damage and assisting immune responses during exercise.

The seeds of the berry carry special benefits too. Blackcurrant seed oil is rich in y-linolenic acid (GLA), and is used as a health supplement in Europe and the USA. Why take supplement if You can have all berry? 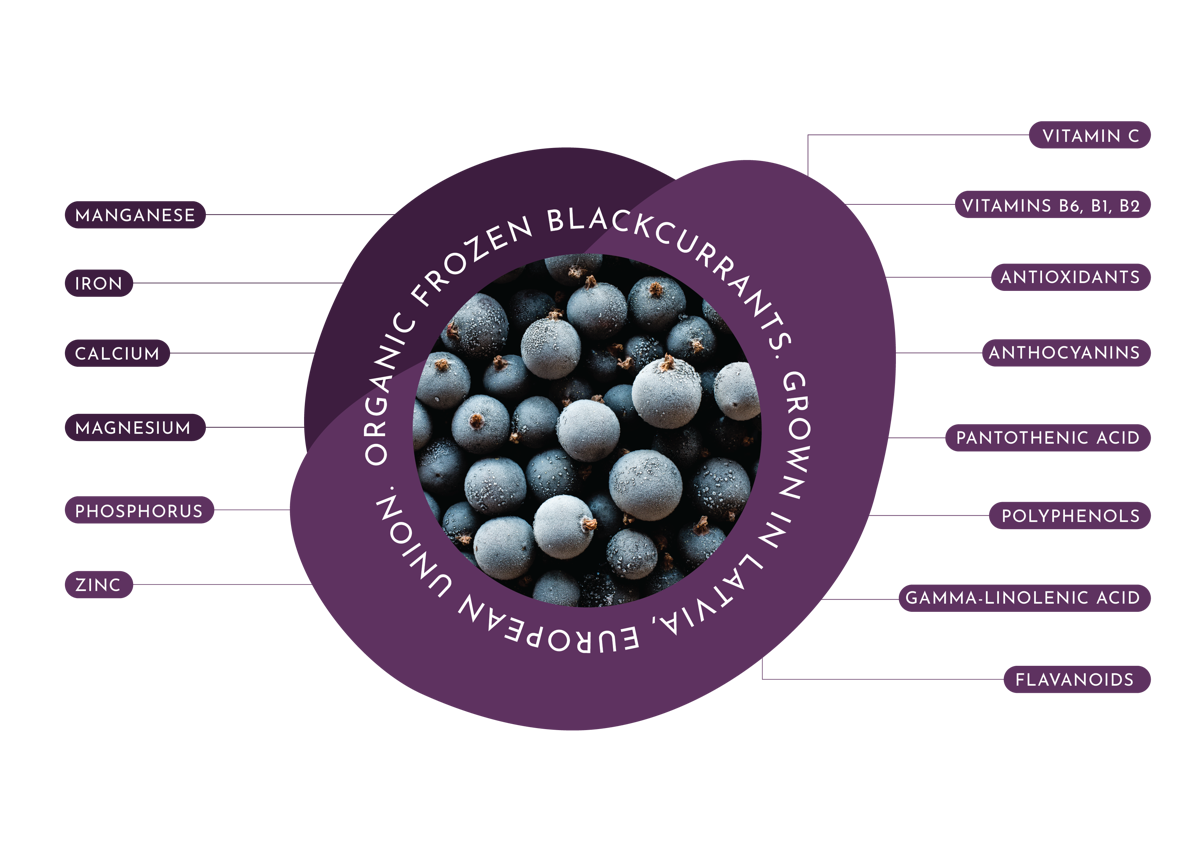